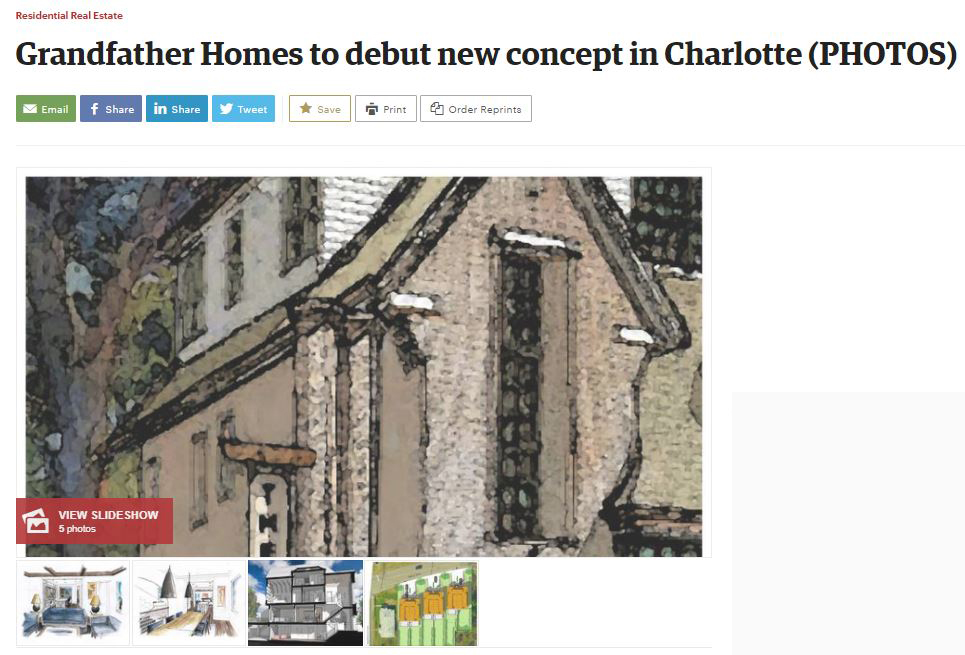 27 May Grandfather Homes to debut new concept in Charlotte (PHOTOS)

Posted at 20:24h in Press by MissyBagley
0 Likes
Share

Below is an exert from an article, written by Jen Wilson at the Charlotte Business Journal (May 27, 2015):

The company has recently launched construction of its first duet in the city’s Dilworth neighborhood — a concept that is new for Grandfather Homes as well as the local market, the company says, though it is common in California.

Duets feature two individually owned homes in a single structure — similar to both a duplex and a townhome but with its own distinctions:

“A duplex is two residences under one roof with common ownership, whereas these duets are more like two-unit townhomes — from both a legal and lifestyle standpoint. Each home is owned individually,” Matt Ewers, president of Grandfather Homes, says in a news release. “It’s a way of maximizing land use, and a potentially profitable and flexible option for Realtors.” And unlike many townhomes, units have only one shared wall…”